Attitude is Everything (when flying) 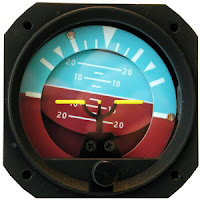 Attitude is everything (when flying) - from a CFI
As an active flight Instructor, I come in contact with a diverse group of people on a weekly basis.

If you are currently going through your primary training or already have your private pilot certificate, during the training process you may have wondered many times, "What does my CFI really think of my performance".  Many factors play into that answer.  Often time's attitude rather than skill is much more important.

The ideal client/student that we as CFI's hope for is one that approaches flying as a challenge, an adventure, and a fun experience, but knows there is a large learning curve, and is committed to putting in the time and effort to reach their goals.

I had the occasion recently to work with a new client who wanted a West Valley checkout, (required every 90 days if you have not flown), and a BFR, (Bi-annual Flight Review).  He had not flown in over two years, had a total of 66 hours, and wanted both of these sign offs from the first flight.  His reasoning was that "I soloed in 7 hours, and got my pilot certificate in 40 hours".  (The national average to get your PPL is 65-70 hours, 90 hours in the Bay Area).  We spent three hours flying, and during the flight he referred to his superb abilities at least every half hour.  Although his actual flying skills were not bad, (especially for not having flown in two years), he was very rusty, and unknowledgeable in several areas.  Did I mention he had not done his training in the complex airspace or the Bay Area?  Needless to say, he did not get my endorsement.  I recommended we do two hours of ground to go over the complex airspace, unfamiliar and non-towered airports, airspeeds, etc., and  fly a couple of more times.  He did not return.A few days later, I flew with a 500 hour pilot who was accustomed to flying several times per month, but new to the area.  We flew twice for a total of 3.5 hours.  We did all of the basic maneuvers. He then wanted to go to several airports, (we went to five in all), and see all of the local landmarks, just to feel safe and secure with his knowledge of the area before he flew on his own.  He is now flying in the Bay Area quite often, and in addition, donates many flights to EAA.

I am much more inclined to have confidence in someone who recognizes the necessity of staying current, and has realistic expectations and goals.  As the old adage says, you can't pull over to the side of the road should you forget how to do something.

See how attitude and aging are related in "Healthy Aging with Flying".